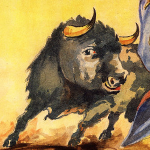 The James Dean Gallery was established in 1988 in the actor’s hometown and final resting place of Fairmount, Indiana. This extensive exhibit is the private collection of James Dean archivist David Loehr, who began collecting in 1974. The collection is housed in a beautifully restored 1903 Victorian home, located on tree-lined North Main Street in downtown Fairmount.

The exhibit consists of literally thousands of items of James Dean memorabilia and gives visitors the opportunity to see the worldwide impact that this Indiana native and American film star has made.

As you tour through the exhibit, you’ll see childhood photos, high school yearbooks, personal items of James Dean’s, along with several dozen original movie posters in several different languages from around the world which show the actor’s international impact. There are also books and magazines dedicated to Dean dating from the mid-fifties to the present which are also from many different countries.

The Kenneth Kendall Room features paintings, drawings and sculptures done by the Hollywood artist who created the bronze busts of Dean that are erected at The Griffith Observatory in Los Angeles and at the James Dean Memorial Park in Fairmount.

There are showcases full of tribute and novelty items that have been produced since the 1950s, such as souvenir plates, mugs, ceramic busts, puzzles, gum cards, scarves, and much more.

The archive and library at the gallery has been used by several authors and film-makers working on documentaries and includes over 1,000 photographs, hundreds of books and magazines, and file cabinets full of clippings and information regarding James Dean from birth to death and beyond.

The James Dean Gallery gives visitors an opportunity to view many of the items which have helped to keep the memory of this famous Indiana native alive. 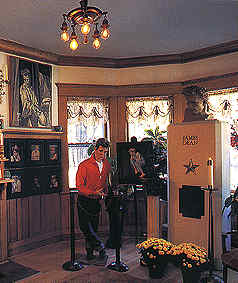 Kenneth Kendall Room is dedicated to the Hollywood artist who has immortalized Dean in dozens of paintings, drawings, bronze busts, and statues.

In 1955, James Dean went to the studio of the artist, and requested that Kendall do a bust of him. On the night that James Dean was killed, Mr. Kendall began the sculpture which is now the bronze bust that is erected at both the Griffith Observatory in Los Angeles and at the James Dean Memorial Park in Fairmount. The original small scale model and the full scale model are on display in the Memorial Gallery along with over 50 other pieces of Dean-related art done by Kendall over the years. 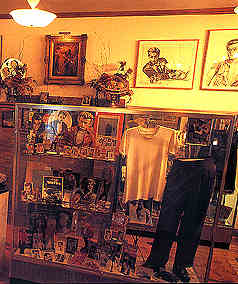 Many people don’t realize that besides being a great actor, James Dean was also a very talented artist. Examples of his art are on display in The Adeline Nall Room. 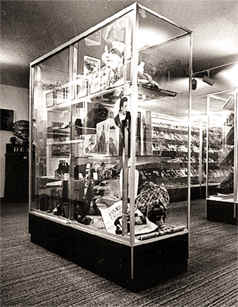 There are dozens of commemorative plates and mugs on display in the Novelty Room, along with several different watches and clocks with Dean’s image on them. 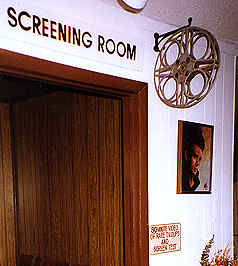 In the Screening Room you can relax and watch film clips from several of James Dean’s early television dramas, rare screen tests, and an early interview.

The Archive and Library Room

The archive and library has been used by several authors and film-makers working on documentaries, and includes over 1,000 photographs, hundreds of books and magazines, and file cabinets full of clippings and information regarding James Dean from birth to death and beyond.

Writer, scholars, and others interested in using the archives are welcome to contact David Loehr for more information.

REBEL REBEL Collectibles is located in the back two rooms of the James Dean Gallery and features a large assortment of 1950’s and 1960’s Collectibles including lamps, ashtrays, ceramics, books, magazines and other interesting items for sale. The shop is operated by LENNY who also offers his custom hand made Men’s button up shirts.